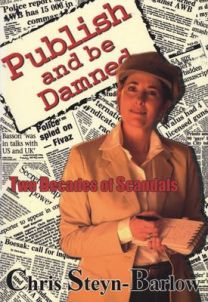 This contribution is the third of four posts detailing incidents within two weeks, which impacted on my life. Part 1 was about the book “The Lost Boys of Bird Island” and the credibility of one of the book’s authors, Mark Minnie.

In Part 2, I wrote about a case of aggravated assault on people dear to me and what it says about South Africa as a nation still having to make peace with itself.

My third and last planned post was to be about the false clips attributed to Trump and Verwoerd in an award-winning Apartheid Museum advert and my role in exposing the matter. However, subsequent developments made me first to write again about the book “The Lost Boys of Bird Island.” The first of these was a podcast of Alec Hogg interviewing one of the authors of the book, Chris Steyn, which I listened to and which raised some red flags and the second a series of exchanges on News24 between Chris Steyn and the celebrated investigative journalist, Jacques Pauw:

Minnie would have charged Pauw with ‘sloppy journalism’

In my first post on the Book, I did not want to delve further into Mark Minnie’s work as a policeman other than to question his credibility based on what he wrote about in one specific chapter in the book. I did so out of respect for his grieving family, but what Jacques Pauw observed in his first News24 article above, I also had on my mind at the time. What struck me particularly was his drinking habits while on duty and also off-duty, and this left me puzzled. That he did not have an easy life is evident from reading the book, but his brazenness in writing about his abuse of alcohol in the book does not make for good reading, in addition to his sloppy police work as highlighted by Jacques Pauw.

Back then to the Alec Hogg podcast. I always respected Alec as a financial journalist. His interview with Chris Steyn, on his podcast Rational Perspective , however, left me with more questions than answers. He mentioned that he worked with Steyn at the Rand Daily Mail and that he has the greatest respect for her as a fearless journalist that always made exposing the truth her only priority.

Hogg starts off the podcast saying that Chris Steyn has been the victim of a sustained attack by some Afrikanerdom’s formerly powerful figures including a former Apartheid police general who said she and Minnie made it all up. He is, of course, referring General Johan van der Merwe who in the Rapport pointed out some factual errors in the book which hardly qualifies as an attack on Steyn. Van der Merwe in his article also challenged Steyn to undergo a polygraph test with him in search of the truth. The General subsequently underwent the lie detector polygraph test and passed it regarding what he knew or did not know about what is alleged in the Book. It’s not clear if Steyn has agreed to undergo a similar lie detector test.

Back in 2006, Chris Steyn wrote a book called “Published and be Damned.” In the book, she devoted a whole chapter to the Allen/Wiley saga of 1987. She, however, makes no mention of Magnus Malan or a third unnamed former Minister in this book. In her podcast interview with Alec Hogg, she, however, confirmed that the brother of Dave Allen, Jeff Alan who also worked at the Rand Daily Mail, already told her about the “connections with the very powerful people” at the time of Wiley’s death in 1987.

One can only assume that this refers to Wiley, Malan and the third unnamed former Minister. If it were only Wiley at the time, it would not have been powerful people but connections with a powerful person, namely Wiley. The question, therefore, arises why did she then not name Magnus Malan and the unnamed third former Minister in her 2006 book? She could not have feared censorship as the Constitution guarantees freedom of speech.

She also mentions that at the time of writing her 2006 book she had further corroboration of the facts from additional sources, including from former security branch policemen. Surely they would also have known of Magnus Malan’s involvement and that of the third unnamed Minister if it, in fact, happened as alleged, and would have mentioned it to Steyn. Again the question arises, why did she then not name them in her 2006 book? This now also brings the credibility of Minnie’s co-author, Chris Steyn into serious question.

According to Chris Steyn those people that don’t want to believe the story in the Bird Island book, are people who can’t bring themselves to believe that the poster boy of Apartheid Magnus Malan could do what he allegedly did (Malan was indeed a powerful figure of the National Party in the 1980’s as he was responsible for a key portfolio but I would hardly call him the poster boy of Apartheid). She goes on to say that its people that don’t necessarily want to defend a person but rather an ideology and also Afrikaners because these allegations are damaging to Afrikaners and the previous government. She then says that she finds it odd that such people are not willing to defend Wiley and asks if it is because he is English speaking?

As an Afrikaans speaking South African, I find her arguments above insulting in the extreme. Why, if it is, in fact, true that Malan and the unnamed Minister did what she and Minnie allege in the Book, would it be damaging to all Afrikaners? Are we now all guilty by association just because of being Afrikaans speaking? Why also would we be defending an outdated ideology when by far the majority of Afrikaners are law-abiding citizens of the new South Africa.

As to why not questioning Wiley it is very simple, the reports of his possible involvement surfaced in the late 1980’s already in the mainstream media and are therefore known to many, whereas the allegations against Malan and the third unnamed Minister surfaced now only and that nearly 30 years after the events which raises all sorts of questions. Its got nothing to do with language Me. Steyn but simply put valid questions as to what is now alleged in the Book and the timing thereof.

Chris Steyn then goes on to talk about the untimely death of Mark Minnie. She accepts that it was suicide, but wait for it, try and make a case that he was somehow forced to take his own life. She says that in her mind it was remote murder and that it’s not that difficult to drive somebody to suicide – “……a simple call from a disposable telephone, Mark you have until Monday morning 10 o’clock, you know what to do and if you don’t the following will happen…..”.

So here you are, one of the authors of a controversial Book that shockingly exposes three former National party Ministers to be involved in a pedophile ring. You get the call as alleged by Chris Steyn with the accompanying threat.  What would you do? Commit suicide as instructed and at the same time say nothing about the threats in your two suicide notes or rather go to the nearest police station, report the extortion, call for police protection and then call a press conference with your publisher and your other author present at which you mention that you have been threatened and the circumstances involved, thereby gaining acres of sympathy for your cause and a nationwide search for the dubious characters that have threatened you and your family? I know what I would have done in the circumstances.

I find it worrying that Alec Hogg did not once challenge Chris Steyn about some of the things she said in the podcast interview. As I said I have always had the utmost respect for him, but as Chris Steyn accused Jacques Pauw, this smacks of sloppy journalism. For example, why did she not mention Magnus Malan and the unnamed third Minister in her 2006 book if she knew about their alleged involvement from 1987 onwards already? Why is she seemingly so intolerant of Afrikaners? Does she have any proof of her assertion that Minnie was driven to suicide?

Having said that, I don’t deny that something was amiss in Port Elizabeth in the late 1980’s and that Allen, and possibly even Wiley had a case to answer for. Whether their activities, however, involved other further former National Party Ministers must in my view, still be proven. However, I’m open to being convinced otherwise by hard facts and not mere hearsay or speculation.

One response to “Chris Steyn & the podcast interview by Alec Hogg (Part 3 in the series – Verwoerd, Malan & a Case of Aggravated Assault)” 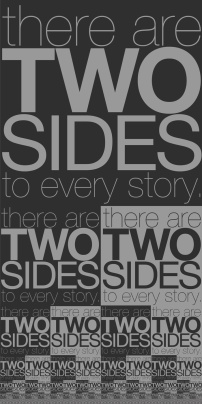